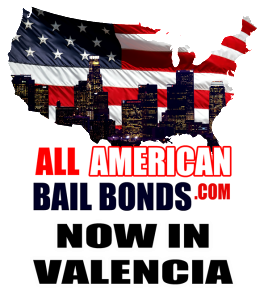 How Does A Bail Bond Work?

A bail agent provides a channel for the incarcerated person to be free of custody until his/her day in court, allowing the defendant to continue his/her normal life until the criminal matter is resolved. When a bail bond is issued, the bonding company guarantees that the defendant will appear in court at a given time and place. The Government entity (state or federal) in whose court the defendant must appear, is protected by the bond. If the defendant fails to appear, the bond amount becomes payable and is forfeited as a penalty by the surety insurer issuing the bond. Bail bonds usually require collateral (cash, a deed, or other property) to protect the surety.

How Much Does A Bail Agent Charge?

Your cost at an accredited bonding company such as All American Bail Bonds in Santa Clarita will be around 10% of the total bond sans reasonable transaction expenses. The amount of the bond is determined by the court. Each surety company must file rates with the Department of Insurance. Bail agents representing a company must charge the same, filed rates. A “Rate Chart” is required to be posted in a visible location at every bail bond office.

How High Can Bail Be?

According to The Eighth Amendment to the U.S. Constitution, it requires that bail not be excessive. Meaning bail should not be used to raise money for the government or as a punishment. The purpose of bail is to give an arrested person his or her freedom until he or she is convicted of a crime, and the amount of bail must be no more than is reasonably necessary to keep him or her from fleeing before a case is over.

Who Decides How Much Bail I Have To Pay?

Judges are responsible for setting bail. Because many people want to get out of jail immediately and, depending on when you are arrested, it can take up to five days to see a judge, most jails have standard bail schedules which specify bail amounts for common crimes. You can get out of jail quickly by paying the amount set forth in the bail schedule.

With over seven locations in California, locally owned All American Bail Bonds is the most highly rated bail bond agency available in Santa Clarita with A+ BBB accreditation rating, and fantastic client feedback and reviews. They have experience with all types of bail bonds including, but not limited to: felonies, assault, theft, DUI, and many more. Contact All American Bail Bonds in Santa Clarita and be bailed out today.