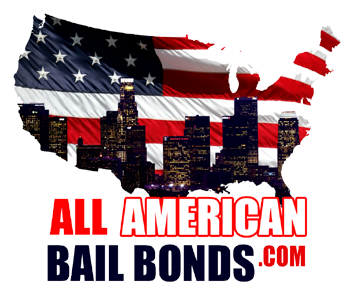 About All American Bail Bonds

We are a bail bond company known as All American Bail Bonds and our services areas are State and Nationwide. We are open to serve our clients 365 days a year, 24 hours a day. As a bailbond agency we are able to serve our clients with personal, confidential and reliable service.

Watch Our New Commercial! With us you are never alone

The bail bond agents a client will encounter are professionals, they will assist with posting bail at locations such as police departments, the county sheriffs department and also at the county jails. One of the other professional services this bail bond agent can offer is posting the bail bond to the court. There are other ways this bail agent is able to post bail for the person who is in jail, such as posting the bail bond through a bail bond company nationwide to ensure the person will have bail posted.

Posting Bail Bond Can Be Affordable

We understand that while a person is detained they are not able to work, this can make their personal situation difficult. They will not be able to support themselves, their family or prepare for their defense in court.

We can proudly say we have the highest ethical standards and because of this we study each clients situation to see if posting a bail bond is the wisest option. This is because in many cases bail can be reduced or even eliminated by the court when the defendant remains in custody for as short as twenty-four hours longer. In a case like this we would be remiss in using our services to post a bail bond at a higher cost or for a person that would not need these services.

For More Information About All American Bail Bonds: