How Bail Is Set In Santa Clarita

You’re watching your favorite crime show and the defendant goes through the court system and is charged with a crime.

Who determines the crime that the defendant is charged with? The judge? The jury? The prosecutor? And how is bail related to that charge?

“Judges are responsible for setting bail,” said Inessa Chavez, bail bond agent at All American Bail Bonds in Santa Clarita. “Because many people want to get out of jail immediately and, depending on when you are arrested, it can take up to five days to see a judge, most jails have standard bail schedules which specify bail amounts for common crimes.”

The arresting agency, such as the Santa Clarita Sheriff’s Station, will arrest and book a person on a certain criminal offense based on Los Angeles County Uniform Bail Schedule which tells them how much to set the bail at. 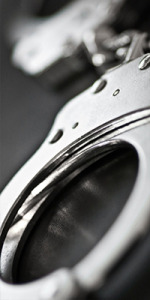 Related: Why Bail Bonds In Santa Clarita Are Necessary

“Most people can be released on bail,” Chavez said. “Some are held and not released because the arresting agency feels that the person may leave the state or country.”

Depending on the charges, bail can range anywhere from a thousand dollars to millions of dollars.

If the defendant is found to have more offenses, bail can be raised by a judge.

“The Eighth Amendment to the U.S. Constitution requires that bail not be excessive,” Chavez said. “This means that bail should not be used to raise money for the government or to punish a person for being suspected of committing a crime.

Related: What Happens After You’re Read Your Rights

“The purpose of bail is to give an arrested person their freedom until she is convicted of a crime, and the amount of bail must be no more than is reasonably necessary to keep them from fleeing before a case is over.”

The defendant is innocent until proven guilty and bail helps the defendant keep their freedom until they have to appear in court.

All American Bail Bonds agents are more than happy to help with questions regarding bail.

How Bail Is Set In Santa Clarita