Update – Elton Shaw was Captured- Reward is no longer being offered. 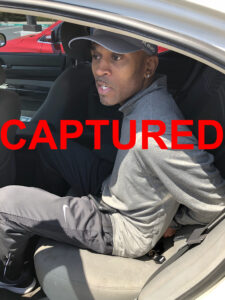 A reward is being offered by All American Bail Bonds in Santa Clarita for information regarding the location of Elton Antione Shaw, a wanted fugitive.  (NO LONGER WANTED)

Update* After an extensive investigation and dozens of man hours, Elton Shaw was captured without incident and the vehicle he was driving was returned to the registered owner. To our knowledge Mr. Shaw completed his case and has no additional warrants inside of California. We wish Mr. Shaw well and hope that he succeeds in any venture he may undertake. It’s unfortunate that these situations happen. If defendants would complete their obligations to the court, fugitive recovery would NOT be necessary.

Shaw allegedly failed to fulfill the requirements of his conviction after being found guilty of a domestic violence charge in September 2015, according to a statement released by All American Bail Bonds in Santa Clarita on April 25.

There have been multiple unsuccessful attempts made by All American Bail Bonds Los Angeles to bring Shaw back to a Long Beach court after he was bonded out of Orange County Jail.

Related: All American Bail Bonds In Santa Clarita: What Happens If You Skip Bail?

At 43 years old, Shaw is described as being bald, 6 feet tall and weighing 175 pounds. He has both ears pierced and a tattoo of a lizard on his chest.

The reward will be paid immediately upon Shaw’s arrest, and all calls are confidential, according to officials.

If your loved one is in custody and they wish to talk to an All American Bail Bonds representative, call: